86 athletes from 42 countries, a record-breaking mark for the competition, united to celebrate the opening of the event and the power of SUP to unite countries of the world. 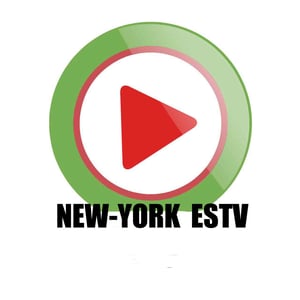 The Women’s SUP Distance Race was first to take off in the morning. After 30 minutes into the race Anderson established a lead that would only grow as the race went on. Anderson earned the Gold Medal with a commanding lead ahead of the respective Silver and Bronze Medalists, Sonni Honscheid (GER) and Olivia Piana (FRA). USA’s Fiona Wylde rounded out the podium in the Copper Medal position.

Vorupør, Denmark, September 5, 2017 – Technical Races got off to a blazing start on Tuesday in Cold Hawaii in the North of Denmark, setting the stage for four highly anticipated, star-studded Finals in the 2017 ISA World SUP and Paddleboard Championship. The world’s top SUP and Paddleboard racers shined in the town of Vorupør, competing for a place in the Finals to tentatively take place on Saturday afternoon. The local sensation, Casper Steinfath (DEN), put on an outstanding performance to earn his pass to the Final, looking to win his second Gold Medal for the host nation after earning the SUP Sprint Gold Medal in front of thousands in Copenhagen on Sunday.

Vorupør, Denmark, September 6, 2017 – The world’s best SUP surfers took to the water and displayed their elite talent on the fourth day of competition on Denmark’s northwest coast at the 2017 ISA World SUP and Paddleboard Championship. Athletes battled through challenging, onshore conditions in Vorupør, setting the stage for the SUP Surfing World Champions to be crowned on Thursday.

Vorupør, Denmark, September 8, 2017 – After a historic day of SUP Surfing that resulted in Australia’s Shakira Westdorp and Brazil’s Luiz Diniz claiming the Women’s and Men’s individual Gold Medals, the 2017 ISA World SUP and Paddleboard Championship will not run on Friday and will shift its focus towards a weekend of Technical and Relay Races that will determine who will be crowed Team World Champion.
In the event’s sixth year, the team that claims the coveted Club Waikiki-Peru World Team Champion Trophy will go down in history as the first to earn the honor in Europe.
Team France, the 2016 Silver Medalist, currently holds the Gold Medal position and will have a great chance to build upon their lead with all of their SUP and Paddleboard Technical racers having qualified for the Finals.
The four-time Team Gold Medalist Australia is sitting in the Silver Medal position, intent on defending their Team Title. The Australians will rely on their star paddleboarders who took Distance Race Gold in Copenhagen, Lachie Lansdown and Jordan Mercer, to repeat the feat in the Technical Race to keep their hopes of the Team Gold alive.

Vorupør, Denmark, September 9, 2017 – Hawaii’s Mo Freitas earned his first-ever ISA Gold Medal to become World Champion in the SUP Technical Race at the 2017 ISA World SUP and Paddleboard Championship in Vorupør, Denmark.
Freitas got off to a rough start in the race after falling rounding a buoy on the second lap, moving him out of the lead pack. With what seemed like an insurmountable gap between Freitas and the leaders, Freitas quickly caught back up to salvage his chance of winning Gold.
Freitas trailed his teammate Connor Baxter and Denmark’s Casper Steinfath on the final straight away to the beach and in a show of inspiring strength and endurance, he surpassed Steinfath to simultaneously cross the finish line with Baxter.
The finish was too close to call, and after moments of replay review it was determined that Freitas had beaten Baxter by two tenths of a second, with Baxter taking the Silver and Steinfath taking the Bronze.

Vorupør, Denmark, September 10, 2017 – Team Australia capped off a historic week of competition in Denmark and continued their dominance in the ISA World SUP and Paddleboard Championship, edging out France and New Zealand to earn the overall Team Gold Medal.

Coming into the Final day of competition in Vorupør, located on Denmark’s northwest coast, Australia held the overall lead in the team points ranking. Their fate was in their hands, as a win in the Team Relay Race would cement their Gold Medal position at the top of the podium.

Team Australia jumped out to a lead in the Relay Race that only grew larger lap after lap, earning their fifth Team Gold Medal in the event’s six-year history.

Team Australia’s quest for Gold started at the first leg of the World Championship in Copenhagen. They got off to an amazing start with dual Gold Medals in the Paddleboard Distance Race from Lachie Lansdown and Jordan Mercer.

As the event moved to the northwest coast known as ‘Cold Hawaii’, Team Australia briefly trailed in the overall team points ranking behind Team France, but after SUP Surfing Gold from Shakira Westdorp and Silver from Harry Maskell, a SUP Technical Race Bronze Medal from Terrene Black, and repeat Gold Medal performances from Lachie Lansdown and Jordan Mercer in the Paddleboard Technical Races, they had gained the lead and never looked back.